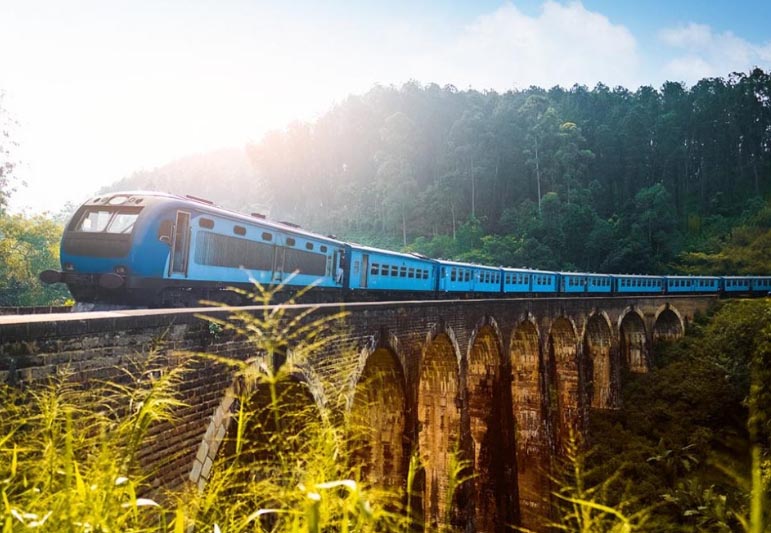 Breakfast at the hotel, proceed to SIGIRIYA, visit the Sigiriya Lion rock fortress,

This UNESCO World Heritage site, a spectacular Rock Fortress, is one of SriLanka’s major attractions. The most impressive facets of the unique complex are the Water Garden, the Frescoes of beautiful maidens, the Mirror wall with ancient graffiti, the Lion platform and the Summit of 1.6 hectares, which was completely covered by buildings during the period of Sigiriya glory. Built by King Kashyapa (477-495 A.D), The Lion Rock” is a citadel of unusual beauty rising 200m from the scrub jungle .The rock was the innermost stronghold of the 70 hectare fortified town and the base is ringed by a moat, rampart, and extensive gardens .The world-renowned frescoes(originally 500,of which only 19 remain today)which are in a sheltered pocket of the rock approached by a spiral stairway are painted in earth pigments on plaster. The old stairway to the top led through the mouth of a crouching lion but today only the huge paws remain giving an indication of the massive proportions of the head. Remains of the handsome royal citadel are on the summit and several caves for meditation, audience platforms and baths complete the unique site.
After completion return and overnight stay at Hotel .
(A. ) HERITANCE KANDALAMA- www.aitkenspencehotels.com/heritancekandalama

Breakfast at the hotel, proceed to Polonnaruwa
This medieval city also a UNESCO World Heritage Site, rose to rose Fame as the capital(10th -12th century AD)after the decline of Anuradhapura.The entire landscape of the region is punctuated Huge man-made reservoirs, the most famous of which is the Parakrama samudra or the Sea of parakrama,larger in size than Colombo harbor. The monuments are relatively well preserved and Give clear evidence of the glory of SriLanka’s past. Highlights are The royal palace complex including the Kings palace and Audience hall,, the Quadrangle with its concentration of ancient heritage And the spectacular Gal Vihare complex of four massive images of The Buddha, cut from a single slab of granite a highlight of ancient SriLankan rock carving., some of the best examples of the Hindu influence the Temple of shiva, intricate statues of Hindu Gods, fascinating Buddhist Temples, the Lankathilake and Watadage, the Galpotha, the lotus bath, the Kiri Vihare dagaba And the remains of a former Temple of the Tooth are other Impressive sights.Evening proceed to Jeep safari to visit the Minneriya National park As the drought in the SriLanka,dry zone heightens every year in June, and most national parks in the area parched, there remains Only one oasis-“Minneriya National park” Here too the magnificent Mineriya Lake reduces in size by more than half giving rice to fresh Grassland .Abundant grazing land and water drew many herds From the surrounding forests, which converge at Minneriya National park during July, August and September, the months Prior to the rains which are expected at the end of September, Resulting in an amazing gathering of over 300 elephants an Incredible experience. Smaller numbers of elephants are seen Throughout the year, While this park is special for elephants, over 160 species of birds, 09 amphibian, 25 reptile, 26 fish species and More than 78 butterfly species have been recorded in this area.
On completion the safari-return and overnight stay at the Hotel.
(A) HERITANCE KANDALAMA  www.aitkenspencehotels.com/heritancekandalama

Breakfast at the hotel-Leave to Kandy, En-route visit , DABULLA Cave Temple, Climb up to the temple, which was donated by king Walagambahu In the 1st century BC to Buddhist monks, Dambulla is a World Heritage site and is the most impressive of SriLanka’s cave temples The complex of five caves with over 2000sq, meters of painted walls Ceilings is the largest area of paintings found in the world.
These caves contain over150 images of Buddha, of which the Largest is the figure of the Buddha carved out of rock spanning 14 meters. After completion the site proceed to KANDY En-route visit Spice Garden in Matale to see the different spices, which SriLanka is Famous for, Here you will see how some of these spices are grown and processed. Continue to Kandy, check in overnight stay at Hotel in KANDY.

Break fast at the hotel, proceed on a city tour of KANDY.
A lovely exotic city, the Hill Capital and stronghold of Sinhalese Kings, it is also a UNESCO World Heritage site which still retains An aura of grandeur. Encircled by hills ,with a tranquil lake in its Centre, it is the site of renowned temple that enshrines the Tooth Relic of the Buddha and the Royal Botanical gardens home to one of the world’s best collection of Orchids. A cultural sanctuary where many legends ,traditions and folklore Are still lovingly kept alive ,Kandy and its satellite villages are the Centre of the islands handicraft industry(items of wood, brass & – Silver) exquisite silver or gold jewellery and precious gems of many Varieties including the world’s best blue and star sapphires. Evening proceed to visit the Temple of the Tooth Relic is a Buddhist temple in the city of Kandy, Sri Lanka. It is located in the Royal palace complex of the former KINGDOM OF KANDY, which Houses the Relic of the Tooth of Buddha thereafter witness of Cultural dance show in Kandy. Completion of the successful end of the day return and over night Stay at Hotel in Kandy,

Breakfast at the hotel-Leave to Nuwaraeliya En-route visit a Tea Plantation and a Tea factory, where the best tea in the world is Produced. You will be told all about the process of manufacturing Tea. you can also see how tea is graded, Taste a cup of pure Ceylon tea in the factory.
Check in and over night stay at Hotel in NUWARAELIYA.

Breakfast at the hotel, transfer to Nanuoya railway station to Pick up the- Up  country local train to Ella, your chauffeur will Waiting at the Ella, railway station, after completing the Beautiful Train journey, you will be transfer to the hotel in Ella.

Breakfast at the hotel, proceed to Ella,

Ella is blessed with some of the most beautiful views, you could Find in Sri Lanka, sights in Ella include the Rawana water falls, Little Adam’s peak and Bambaragala peak among other stunning Scenery .The Rawana  Ella was named after the demon ruler of  SriLanka  Rawana who is the main antagonist in the renowned Epic Ramayana.It is believed that he hid sita whom he kidnapped in india, in the caves situated behind the falls. Thereafter  check –in and overnight stay at Hotel in ELLA,

Day 09 : Ella / Yala
Breakfast at the hotel proceed to Yala, En-route visiting Rawana Water falls, and continue to Yala, Check-in  and stay at Hotel in Yala , Evening do a Jeep safari in Yala National park,  The yala National park is approximately 1,259 sq.kms in extent and is the second largest national park in SriLanka, it is located in the south eastern corner of the island and  it has the added bonus of a scenic ocean frontage. The park is the home for wild elephants, wild boars, wild buffaloes, leopards, bears and , crocodiles, large flocks of migratory and indigenous birds are also found here, after completion of the jeep safari , over  night stay at hotel in yala. (A) JETWING YALA Resort & Spa : www.jetwinghotels.com/jetwingyala
Day 10 : Ella / Galle - Beach Stay
Breakfast at the hotel, Leave to Galle, Check-in  Hotel, rest of the Day at leisure, Over night stay at ,
Day 11 : Galle / City Tour / Beach Stay

Break fast at the hotel- proceed a city tour of Galle, Galle Fort, in the Bay of Galle on the southwest coast of SriLanka, Was built first in 1588 by the Portuguese and then extensively Fortified by the Dutch during the 17th century from1649 onwards. It is a historical, archaeological and architectural heritage Monument, which even after more than423 years maintains a Polish appearance, due to extensive reconstruction work done by Archaeological Department of SriLanka. fort has a colorful history, and today has a multi-ethnic and  Multi-religious population. The heritage value of  the fort has been  Recognized by UNESCO and the site has been declared a UNESCO World Heritage site under, for its unique exposition of “an urban Ensemble which illustrates the interaction of European, Architecture and south Asian traditions from the 16th to19th Centuries,” The Galle Fort, also known as the Dutch Fort or the  “Ramparts of Galle” withstood the Tsunami in 2004 which damage Damaged part of coastal area Galle town. Return and, Evening at the leisure and overnight stay at (A) THE FORTRESS RESORT & SPA : www.thefortress.lk

KEEPING YOU INFORMED, YOU CAN STAY SAFE DURING YOUR HOLIDAY IN SRILANKA SINCE COVID-19 PANDEMIC HAS BEEN SUCCESSFULLY MANAGED THROUGHOUT AND PREVENTIVE MEASURES ARE BEING ADHERED BY ALL CITIZENS IN THE COUNTRY